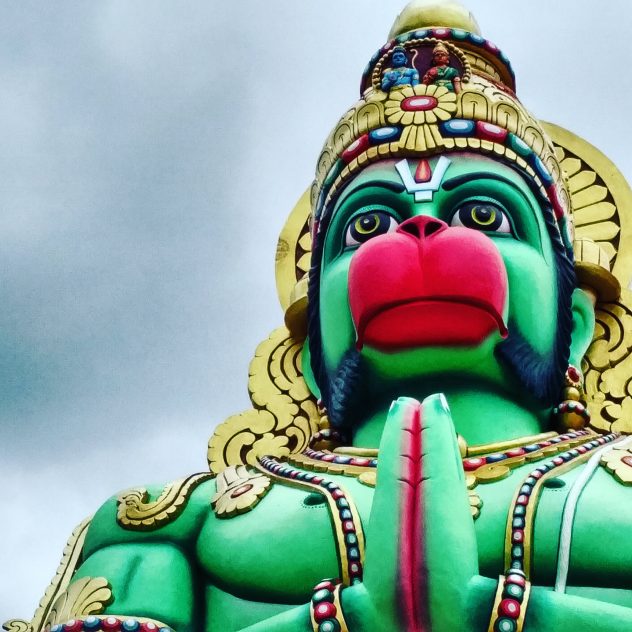 Deep in the forest where Rama & Sita live in exile, eyes watch their every move and the universe shimmers with illusion.

When Sita is kidnapped by the ten-headed demon king, Rama needs all the help he can get. Who better to have on your side than a shape-shifting monkey?

But there’s only one thing worse than a bloodthirsty demon, and that’s his Big Brother. As Rama lies helpless on the battlefield, it’s time for Sita’s little known story to unfold.

Storyteller Emily Hennessey and virtuosic musician Sheema Mukherjee conjure up a vivid, wild and beguiling world in this retelling of the much loved Indian epic. 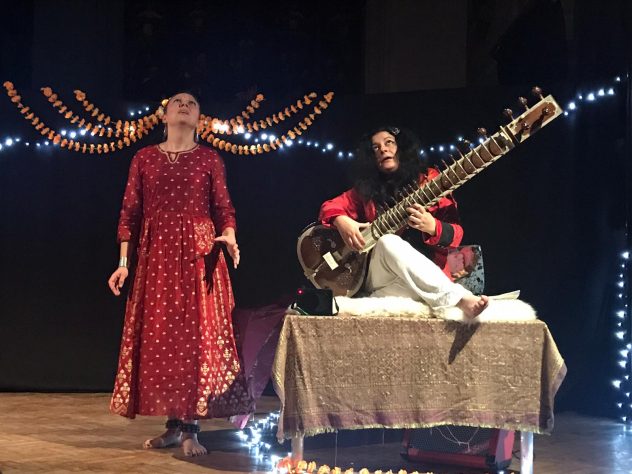 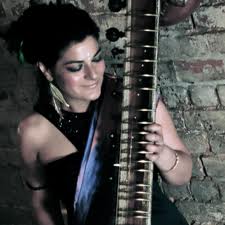 Sheema Mukherjee is an internationally  renowned sitar player and composer best known  for her work with Transglobal Underground and The Imagined   Village. Her work was featured during the 2012 Summer Olympics.

Sheema absorbed North Indian classical music and the western tradition side-by-side, studying sitar and Indian classical music under the tutelage of her uncle,  the Late Pandit Nikhil Banerjee and then with the Late Ustad Ali Akbar Khan. Brought up between Britain and India, she has a rich background to draw on in her own compositions and collaborations. www.mukherjee.co.uk

Review of: The Ramayana at the British Museum
11th December 2017

The Ramayana is a vast, sprawling epic, which has come down to us in many forms. Largely through oral traditions.
So it is a good choice for storytelling specialists the Crick Crack Club; their presentation is much abbreviated, and wholly absorbing.

We’re promised a battle between good and evil, truth and illusion.

The tangled chain of tales is told by Emily Hennessey, with Sheema Mukherjee providing not only a wonderfully evocative musical  soundscape, but also a rapt listener, and vocal support at key moments in the drama.
Hennessey, a performer steeped in the legend and lore of India, draws us in to the world of gods and avatars, as she follows the legend of  Rama and Sita through time and across continents. “There was once a man and a woman,” she begins, “And they longed for children …” But  gods Brahma and Vishnu warn that the stars cannot be re-aligned; only Shiva, the destroyer, holds out hope, but warns that there will be  consequences …

And at the end of the two-hour tale our storyteller reminds us that in our own world it’s not always easy to distinguish gods from demons, truth from illusion.

“Will there be loads of special effects?” wondered one of the many children in the audience. Of course ! – the very best kind, Cerebrally Generated Images, conjured by the story-teller’s art, of sea monsters, air-borne chariots, a golden deer, Shiva’s marvellous palace, the flying monkey Hanuman, ta mricaulous blue arrow, the paradise isle of Lanka, the ten-headed Ravana, the cosmic battle between monkeys and demons.

The Ramayana was presented by Crick Crack Club. Click here for more details.